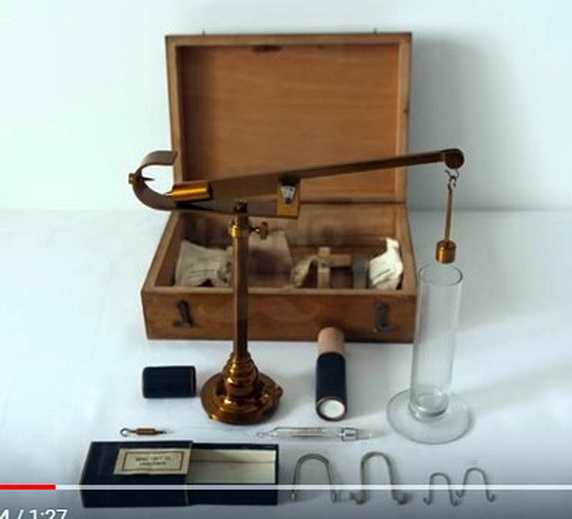 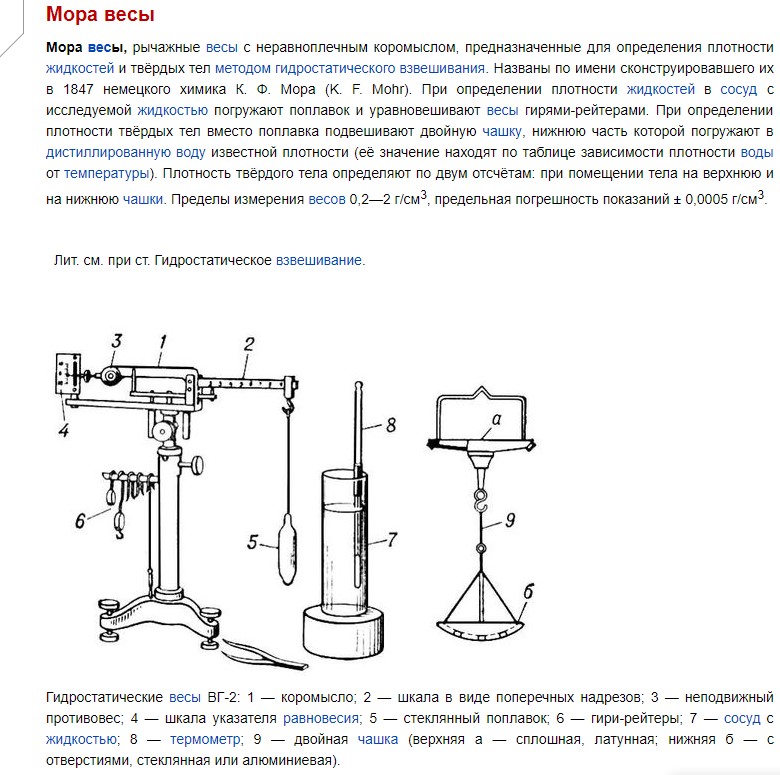 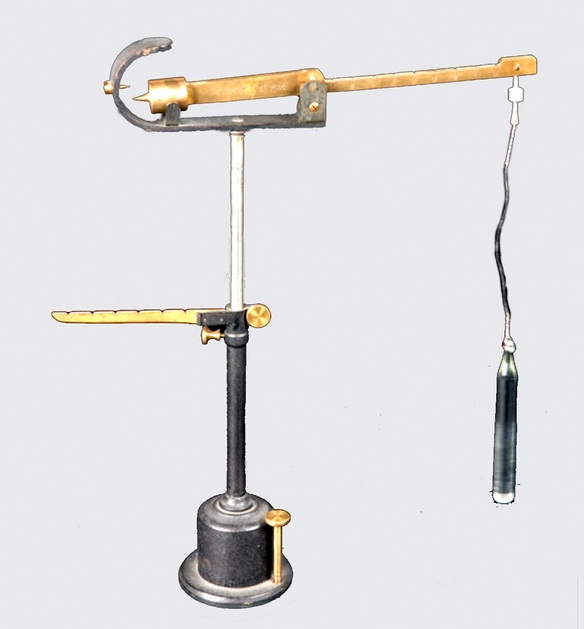 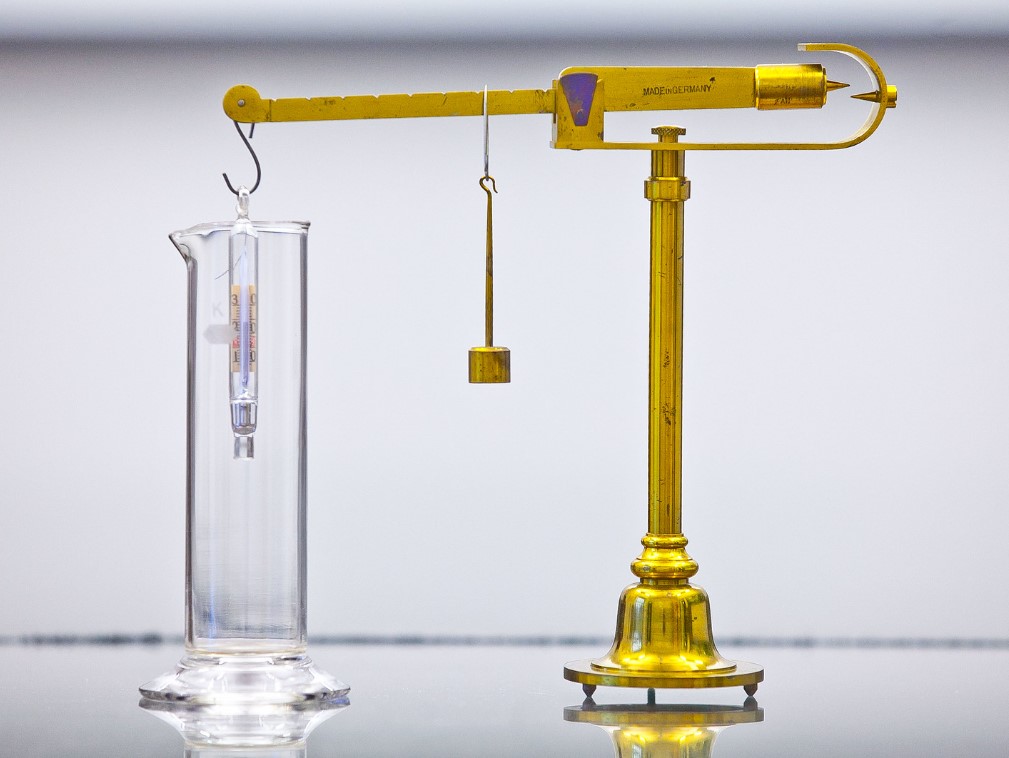 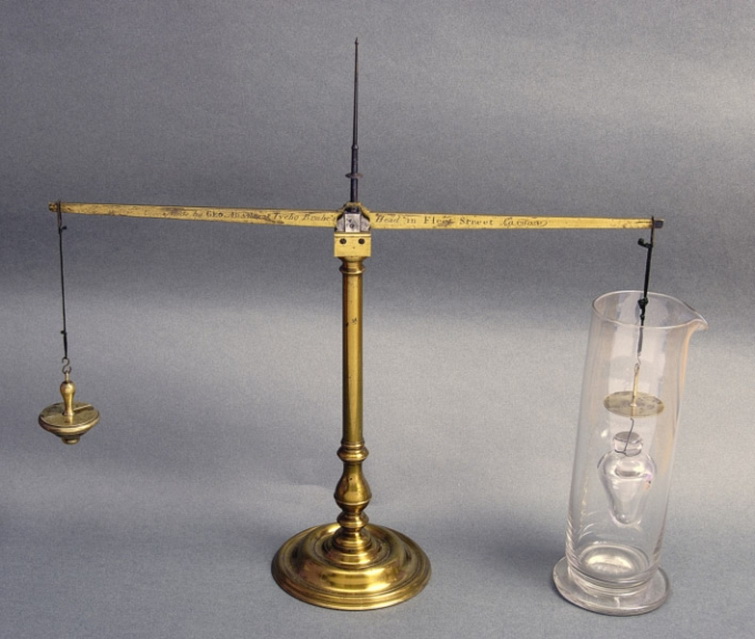 This balance was used to determine the specific gravity of solids by weighing the samples in air and water. It is engraved on the beam ‘Made by GEO ADAMS at Tycho Brahe’s Head in Fleet Street London’. It was described in 1704 by John Harris (1666-1719) in his Lexicon Technicum, or Universal Dictionary of Arts and Sciences, the first dictionary of science in English.

In 1761 he made a series of drawings of instruments that he was making for King George III. The drawings, as well as many of the instruments, have survived and clearly show mechanical apparatus with beams of this form and the examen (pointers) are of exactly this shape.

English ca.1760. Note that the beaker is later. 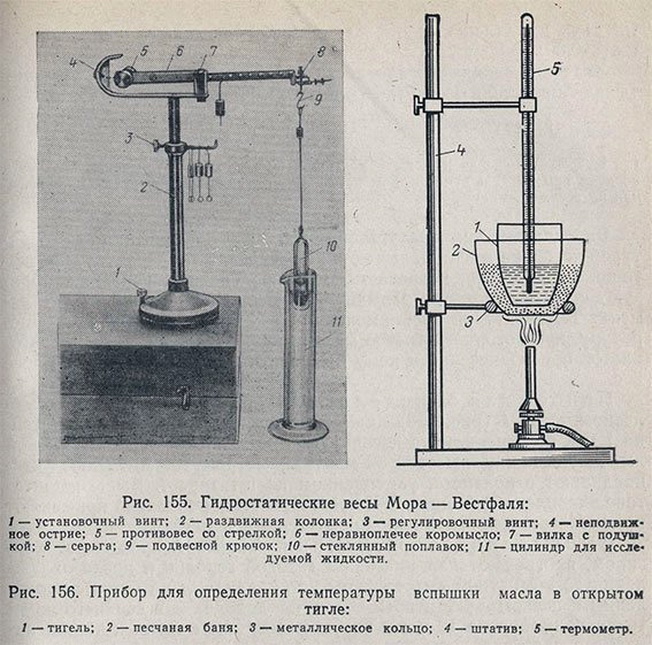 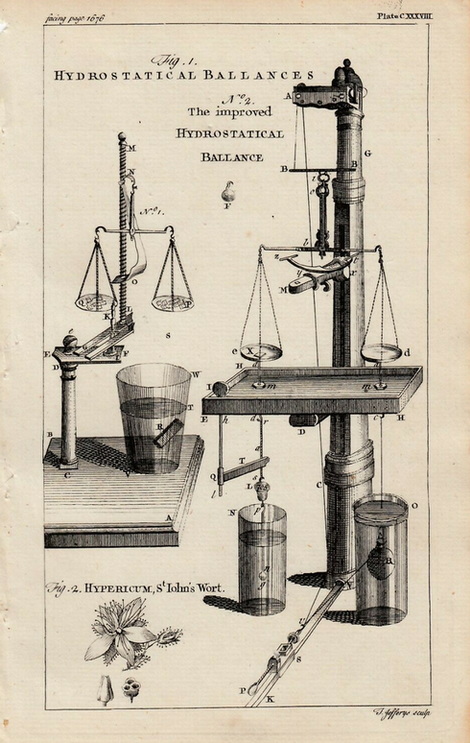