A merchant scale by Stimpson Computing Co. Walter Stimpson was born in 1870 and held his first patent in 1894. When he died in 1942 he held over 70 patents.
The computing scale was invented in 1847, but was very cumbersome. Stimpson revolutionized the design of computing scales by creating a way for a merchant to weigh and price an item in one step. Stimpson was located in Louisville from 1919 until 1987. 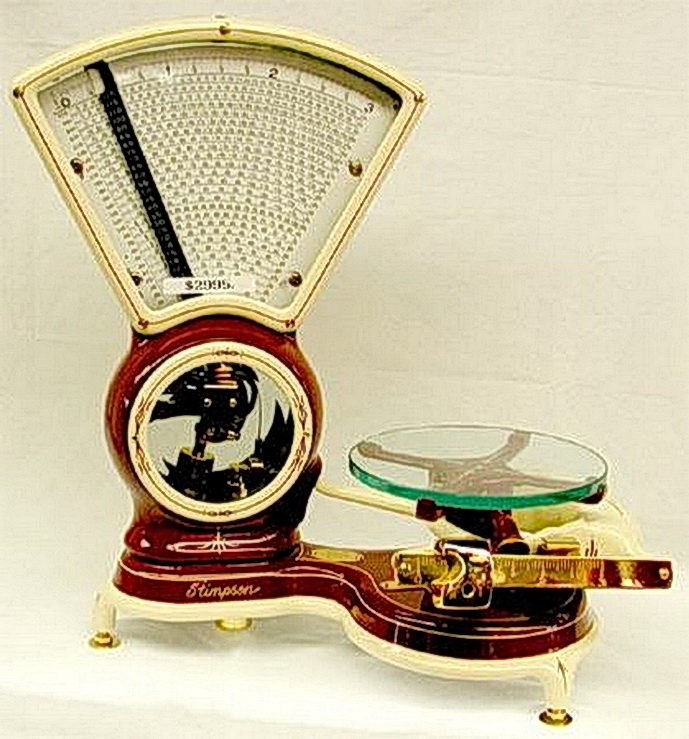