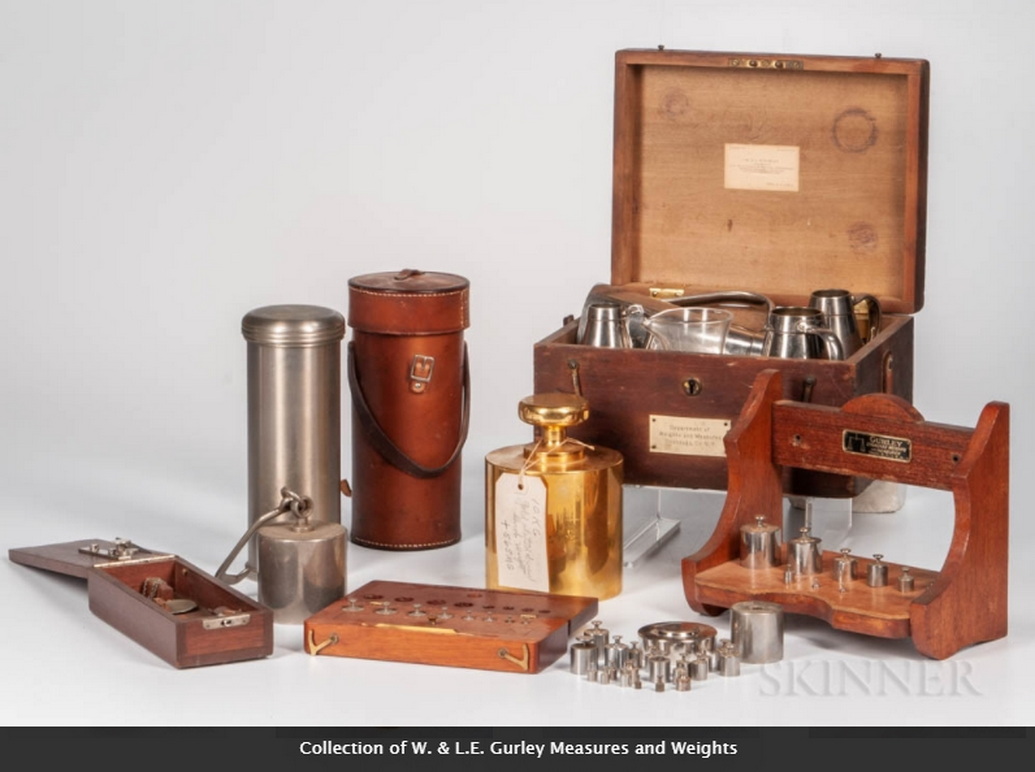 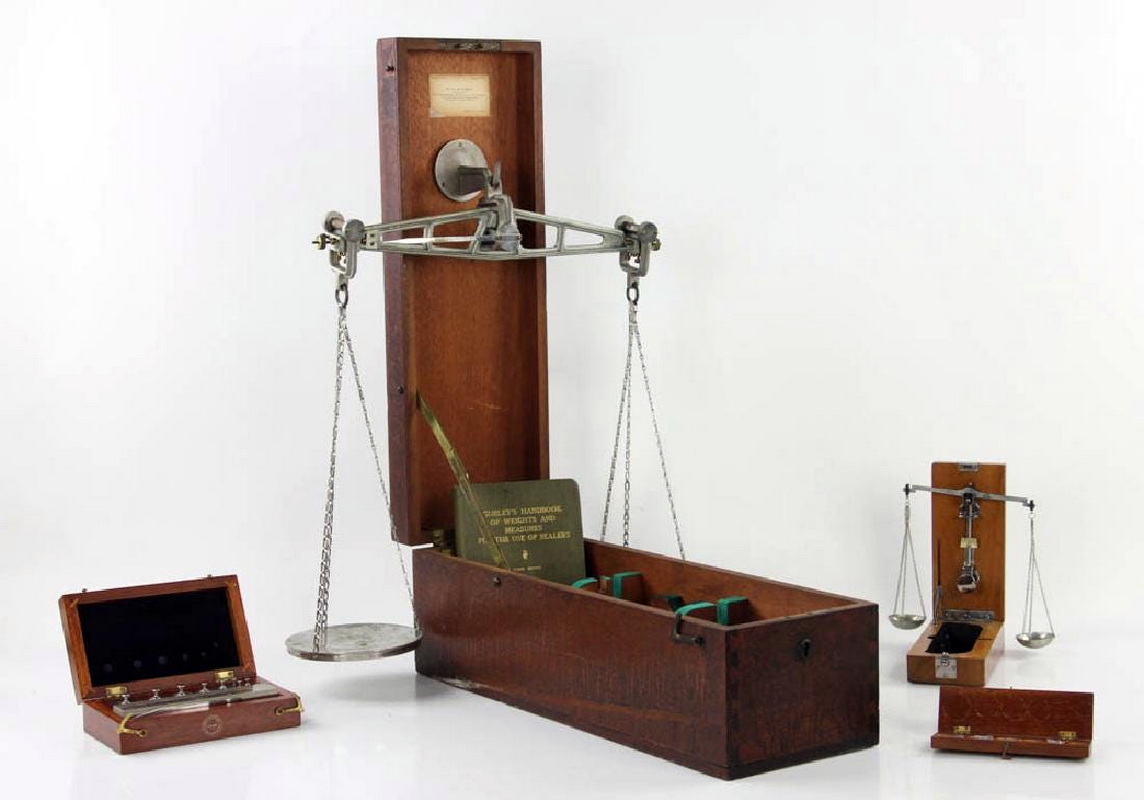 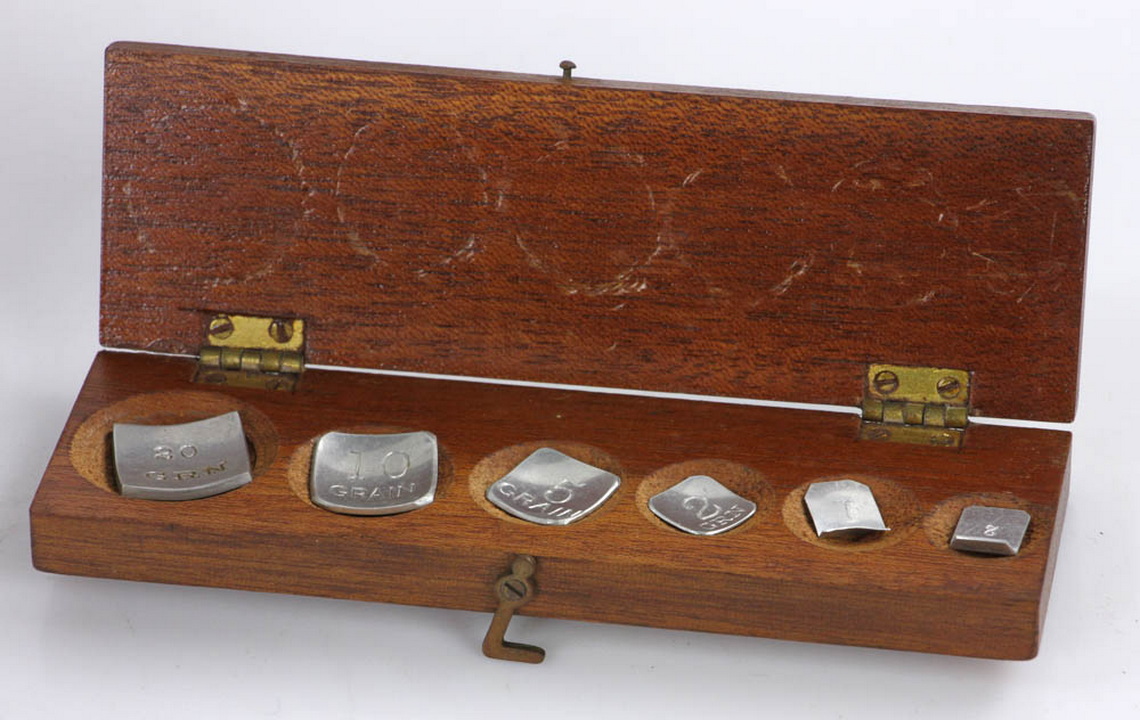 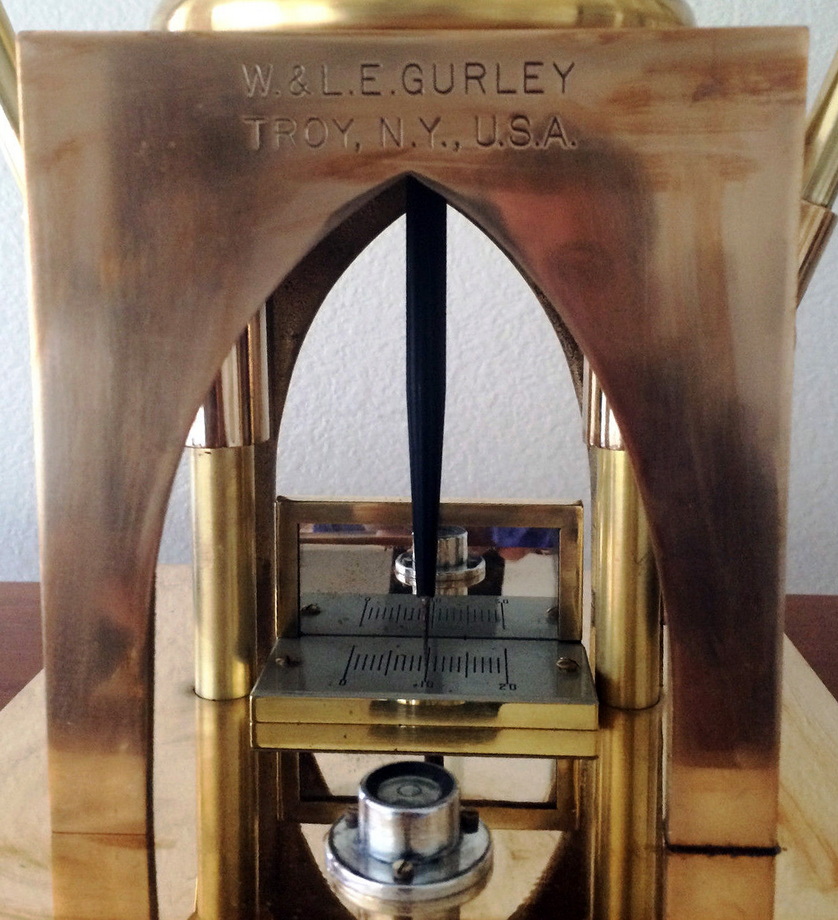 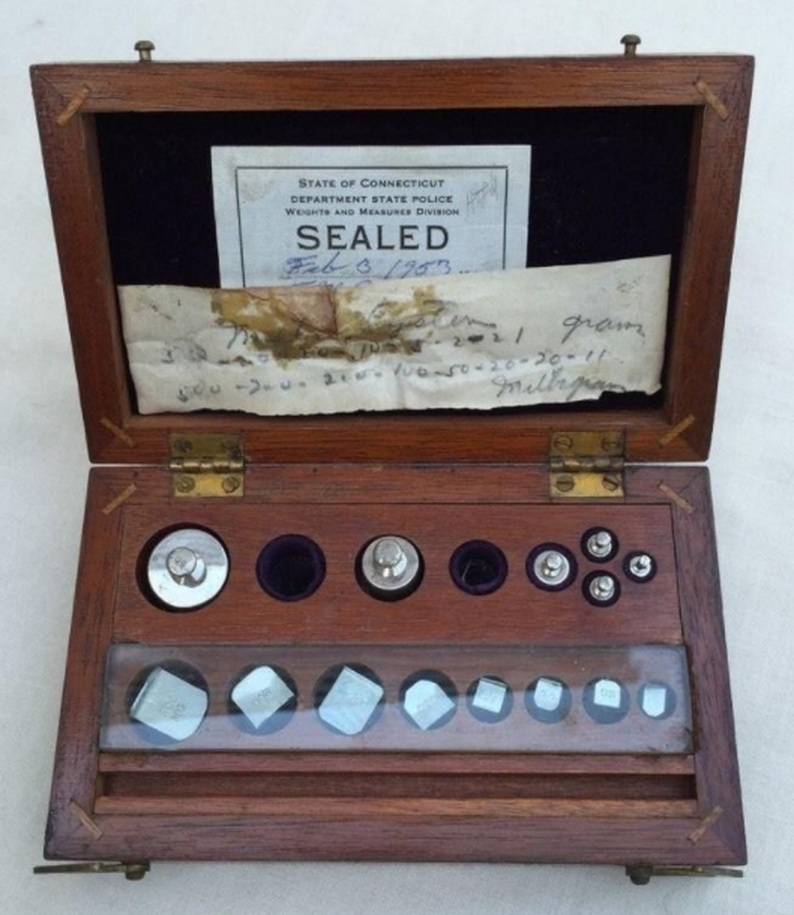 Разновес производства "W & L. E. GURLEY TROY N.Y. U.S."  Фото из Инета
This is a nice and rare old antique Weights Set (measured in "Grams") with felt lined solid wood (mahogany?) Box, and include a thick glass
cover so the weights don't move around when the box is handled.Not sure exactly how old it is (maybe late 19th century or earlier 20th century?),
but the box cover has a 20th century inspection sticker (1953 on the inside lid) from the state of Connecticut, and other notations written on masking tape.
The buyer may want to remove the sticker/tape from the top, but I'm leaving it alone for provenance purposes.
The side of the box is stamped "W & L. E. GURLEY TROY N.Y. U.S. 1845".The box measures just over 6 1/4" by 3 3/4" by about 1 3/4" tall.
The box and weights are in good condition, and are in totally original attic stored condition. A couple of the felt linings are missing from the larger weights,
and two weights are missing as well.This set is really well made!The deeper holes (of which two weights are missing) have nickel plated weights of 50, 20, 5, two 2's,
and one 1 gram weight.The shallower felt holes are complete with weights, and have sizes ranging from 500mg down to 10mg sized rectangular aluminum? weights.
This box looks really old.A really nice old prospector, assayer, or apothecary gram weight and wood/glass box set! 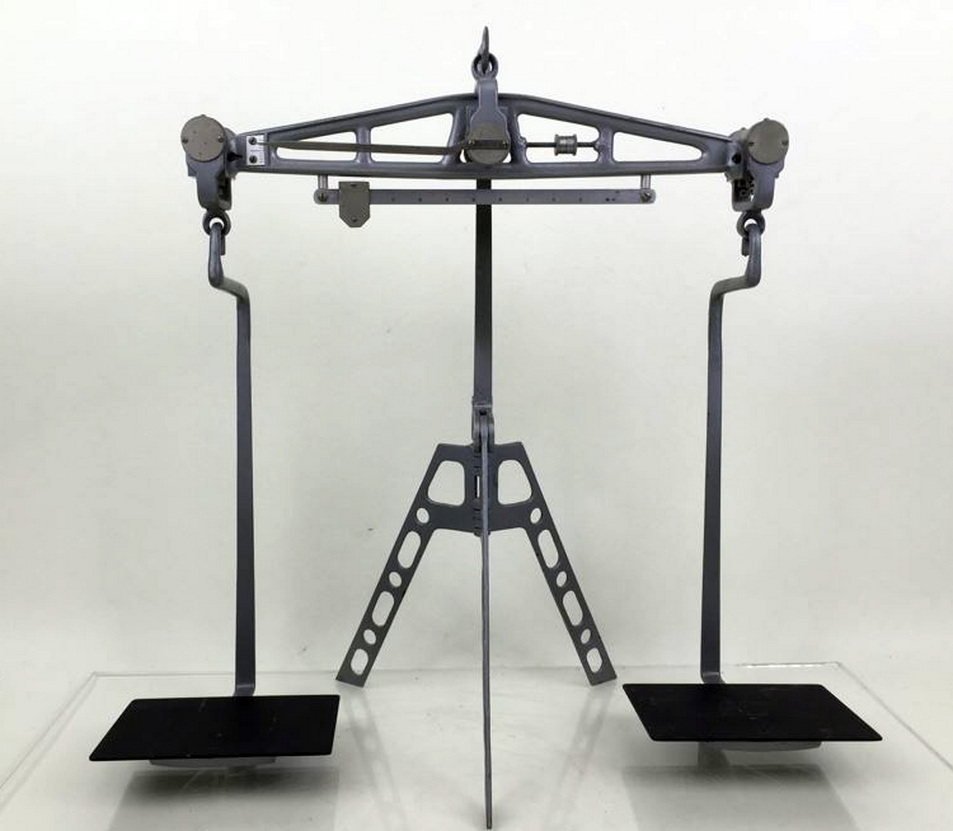 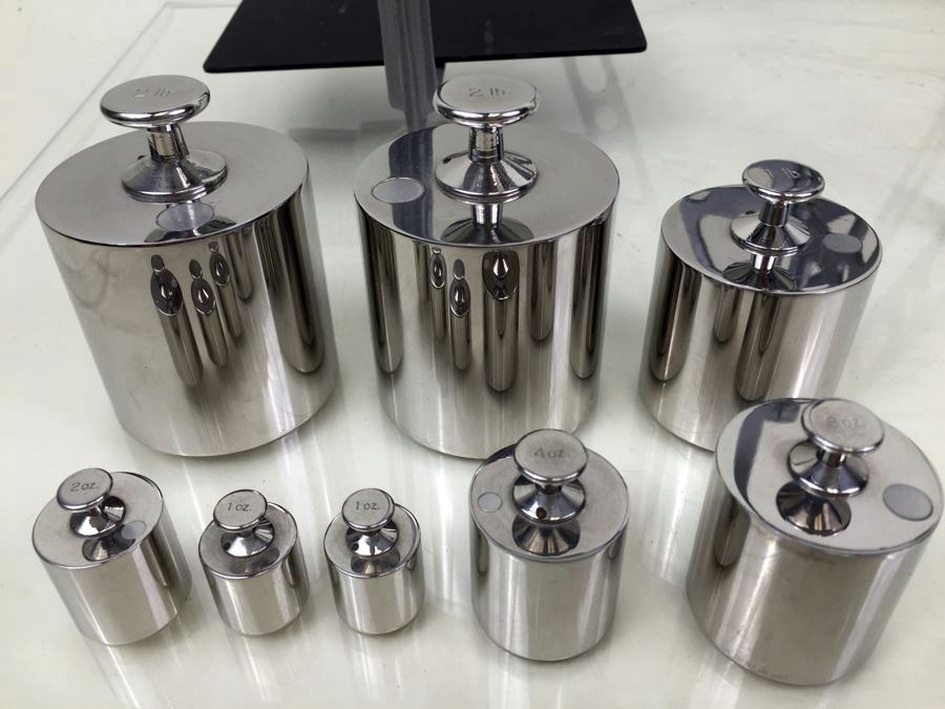 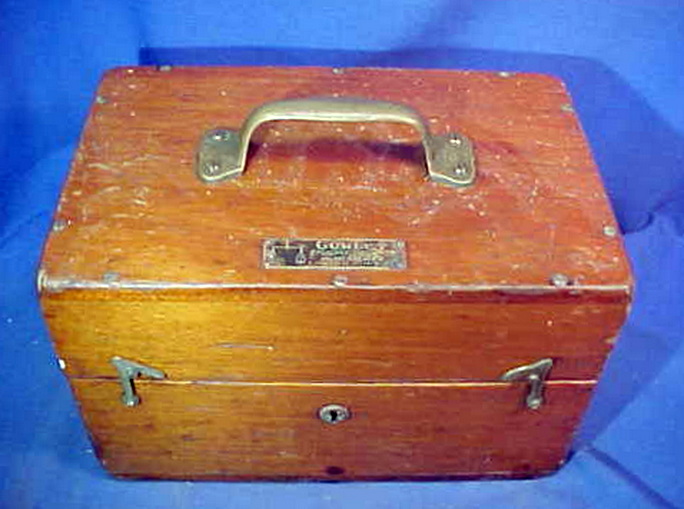 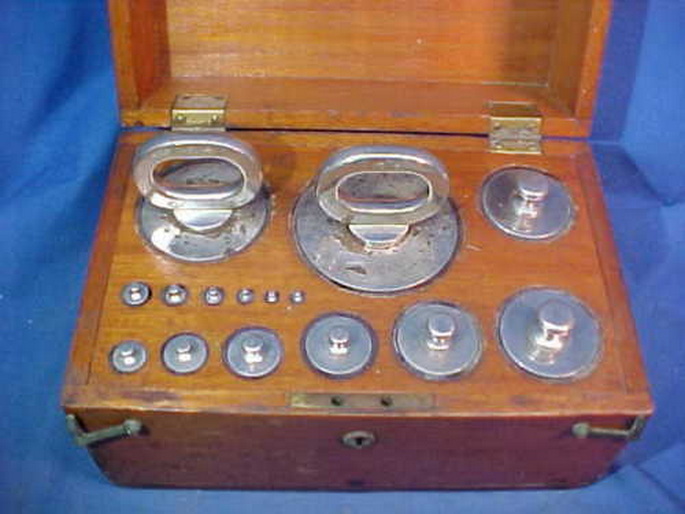 MANUFACTURERS OF SCIENTIFIC INSTRUMENTS
After working several years as a surveyor, William Gurley joined with his brother Lewis in founding W. & L. E. Gurley, one of the first manufacturers of precision measuring instruments in the U.S.
As the country expanded westward, the creation of new states, counties, and townships required surveys and mapping. W. & L. E. Gurley was able to meet the growing demand for surveying
equipment and established an unsurpassed reputation for high-quality products. The firm prospered and soon became the largest manufacturer of engineers’ and surveyors’ instruments in the U.S.,
and grew to international prominence. Gurley supplied instruments to major engineering projects and expeditions, including the Antarctic explorations of Admiral Byrd. During World War II, the company
earned high honors from the Army and Navy for achievement in the production of war equipment. William Gurley served as a trustee of Rensselaer and both brothers were leaders in civic institutions in Troy.
In 1983, the W. & L. E. Gurley Building, built in Troy in 1862, was named a National Historic Landmark.
Подробнее - https://alumni.rpi.edu/s/1225/alumni/index.aspx?pgid=1408 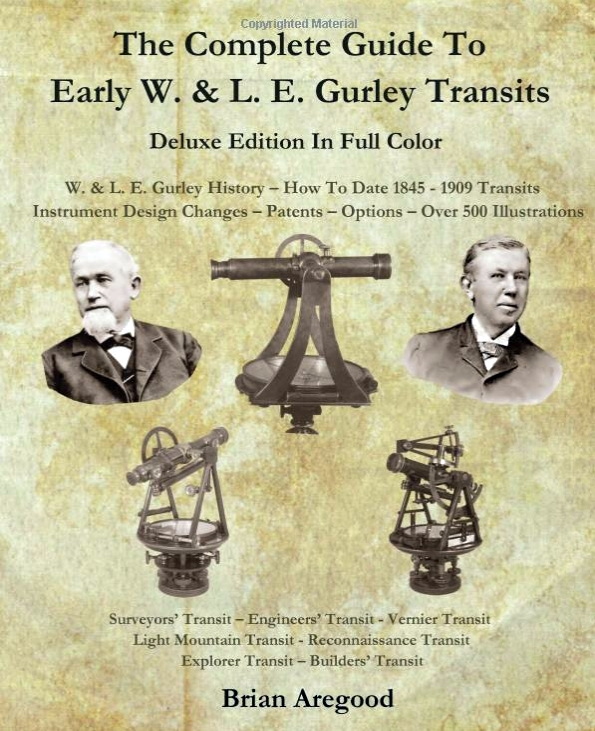 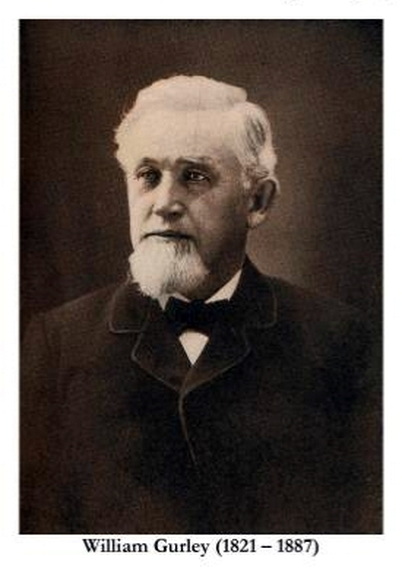 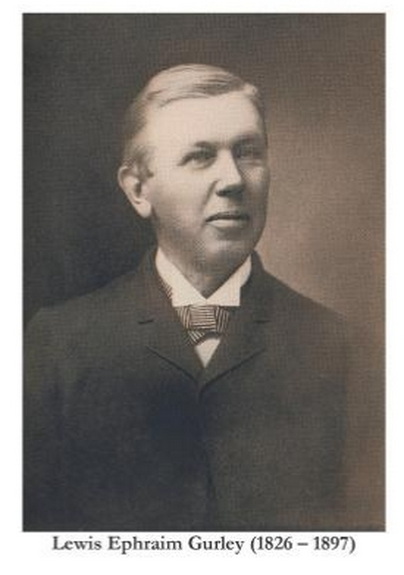 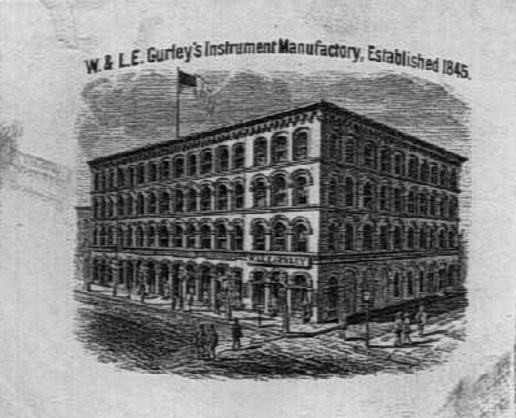